Learn everything you need
to know about Holo

Holochain invites people to think outside the blocks,
so we understand it may be confusing at first.
Let’s get started with the basics… 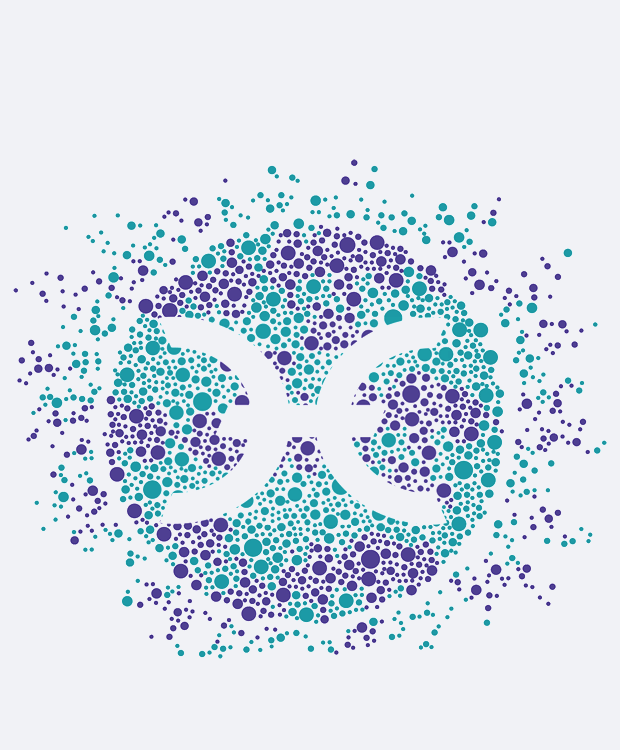 Holo is a distributed peer-to-peer hosting platform for Holochain apps (hApps); a bridge to the new Internet.

Holo does to web hosting what Airbnb did to hotels—anyone can become a host by turning their computer into a source of revenue, getting paid in HoloFuel for hosting distributed applications. The Holo software runs in the background, allocating spare storage and processing power to serve hApps to the legacy web. Hosts​ ​choose what hApps to serve, set their own hosting prices, and manage their own priorities.

Holochain apps are versatile, resilient, scalable, and thousands of times more efficient than blockchain (no token or mining required). The purpose of Holochain is to enable humans to interact with each other by mutual-consent to a shared set of rules, without relying on any authority to dictate or unilaterally change those rules. Peer-to-peer interaction means you own and control your data, with no intermediary (e.g., Google, Facebook, Uber) collecting, selling, or losing it.

HoloFuel is a Holochain-based currency that is a contractual service obligation, redeemable for hosting. HoloFuel is a mutual-credit accounting system capable of performing billions of daily microtransactions. Its primary use is for Holochain application (hApp) providers to pay Holo hosts for their services.

HoloToken (HOT) is a placeholder that for a period of time, can be redeemable 1:1 for HoloFuel after the Holo Beta release.

HOT is an ERC-20 token sold as an IOU for HoloFuel during our Initial Community Offering (ICO) in April 2018. The funds raised are being used for the development of Holo as well as Holochain, Holo’s underlying technological infrastructure. During the swap period HOT will be accepted at a straight 1:1 when swapped at our HOT Reserve. That is to say that we will accept 1 HOT and swap that for 1 HoloFuel. There will be a period of at least 6 months during which you can participate in the swap. Details will be communicated well in advance.

The HoloPort is an easy and direct way to support the distributed Internet, designed to host peer-to-peer Holochain applications.

As easy-to-use dedicated Holo hosting devices, HoloPorts serve as a bridge between the community running distributed Holochain applications and visitors from the web. Owners of HoloPorts can charge fees for their hosting service and earn HoloFuel. HoloPorts come in three sizes—the HoloPort Nano, the HoloPort, and the HoloPort+.

A Holonaut is anyone in the HoloVerse—members of the Holochain/Holo community, including, but not limited to:

Owners of HoloPorts and Holo currencies, such as HoloTokens (HOT) and HoloFuel.

Those who have championed the direction of the Holochain ecosystem and the Holo network. 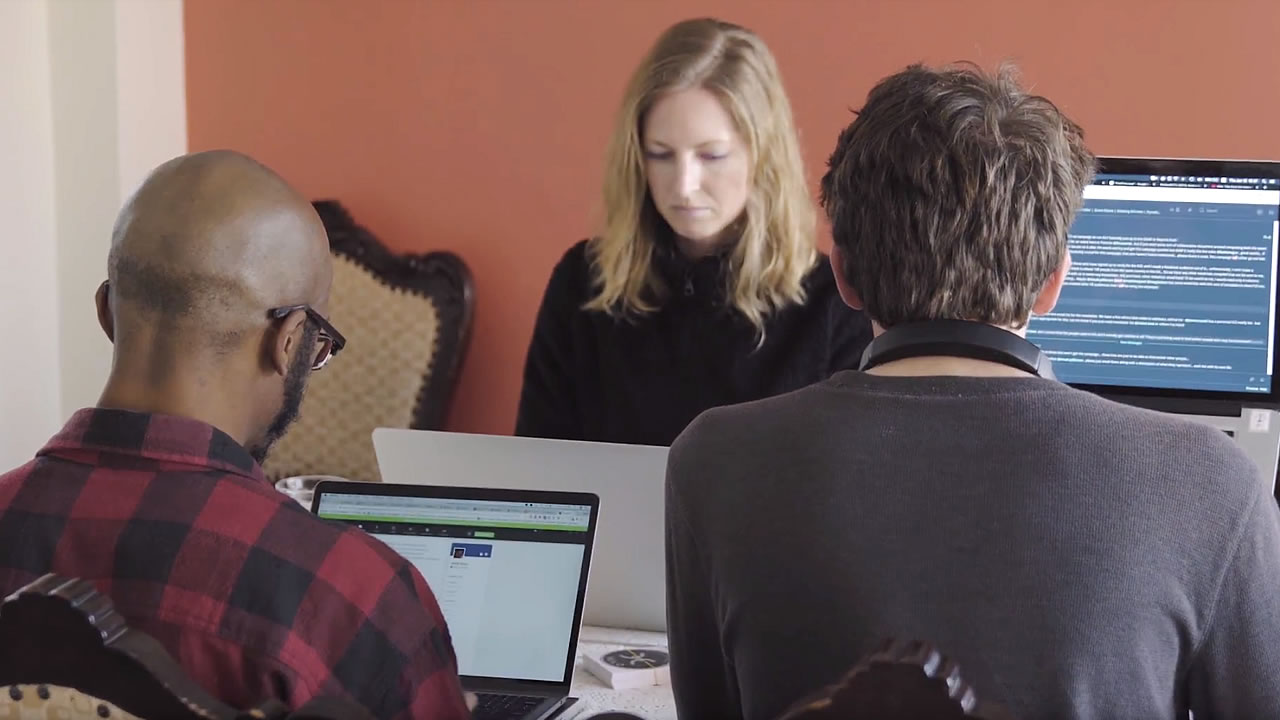 Building the Next Internet 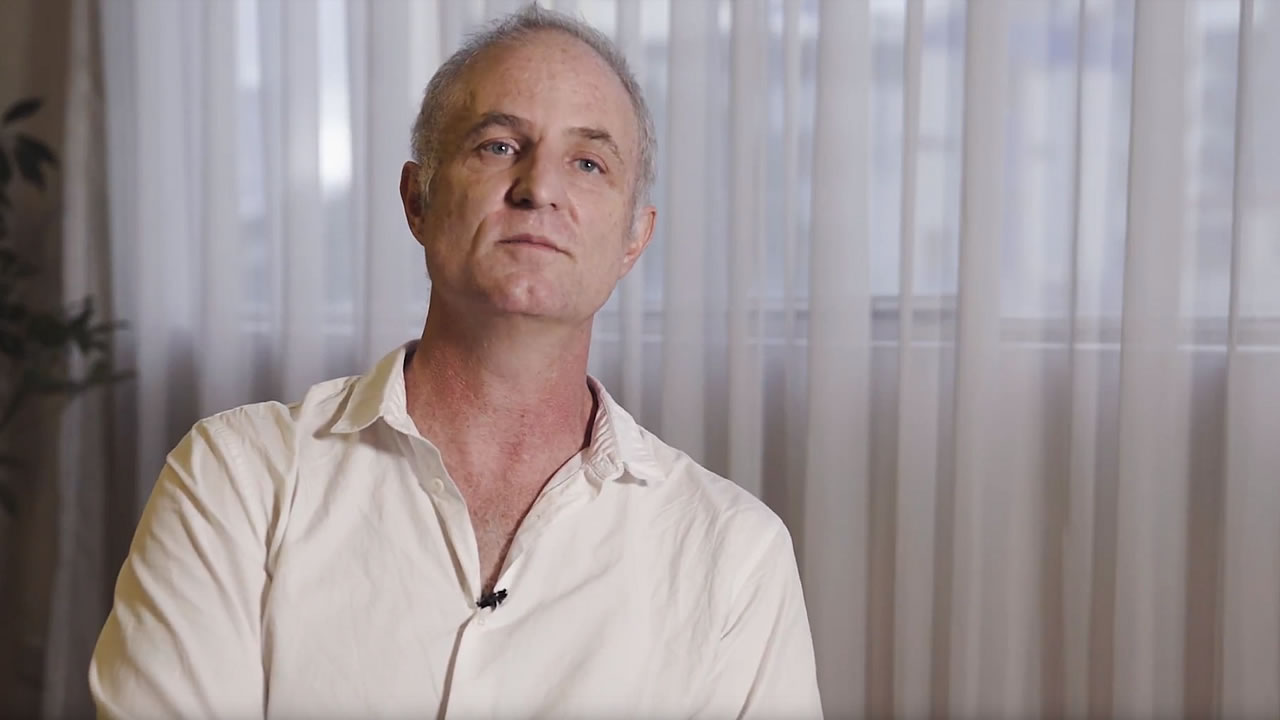 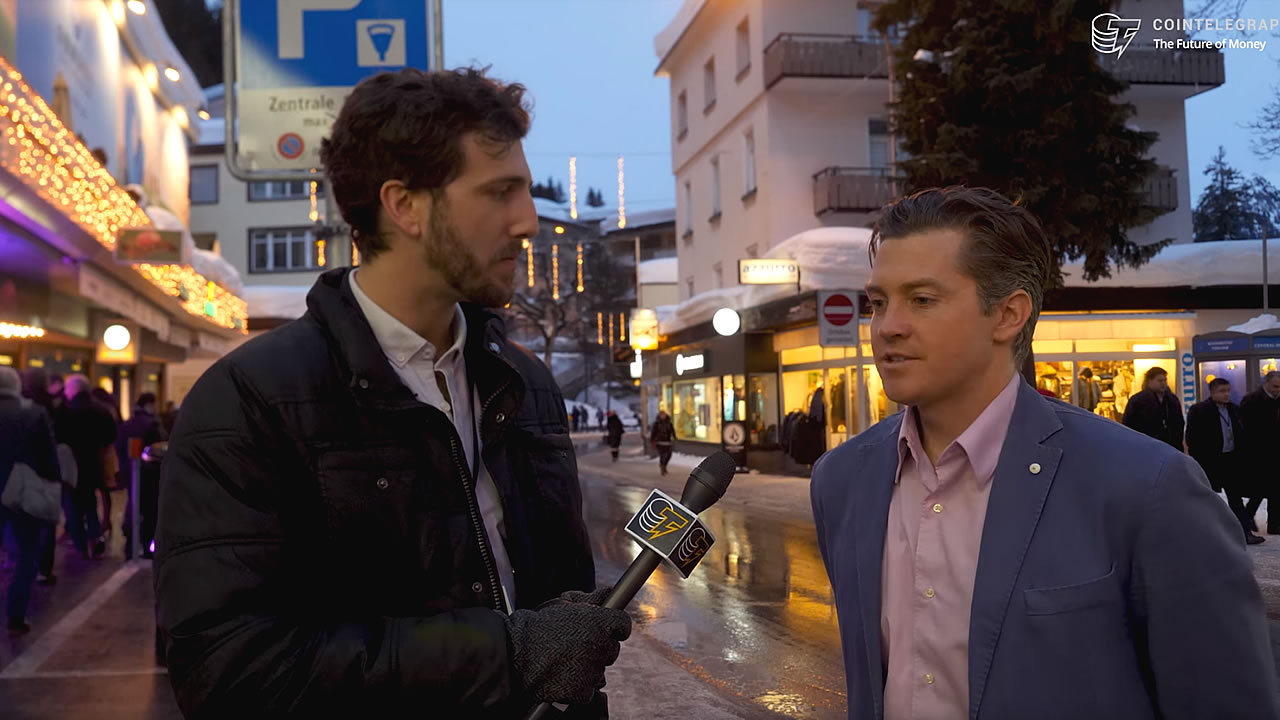 Is Holochain better than Blockchain? 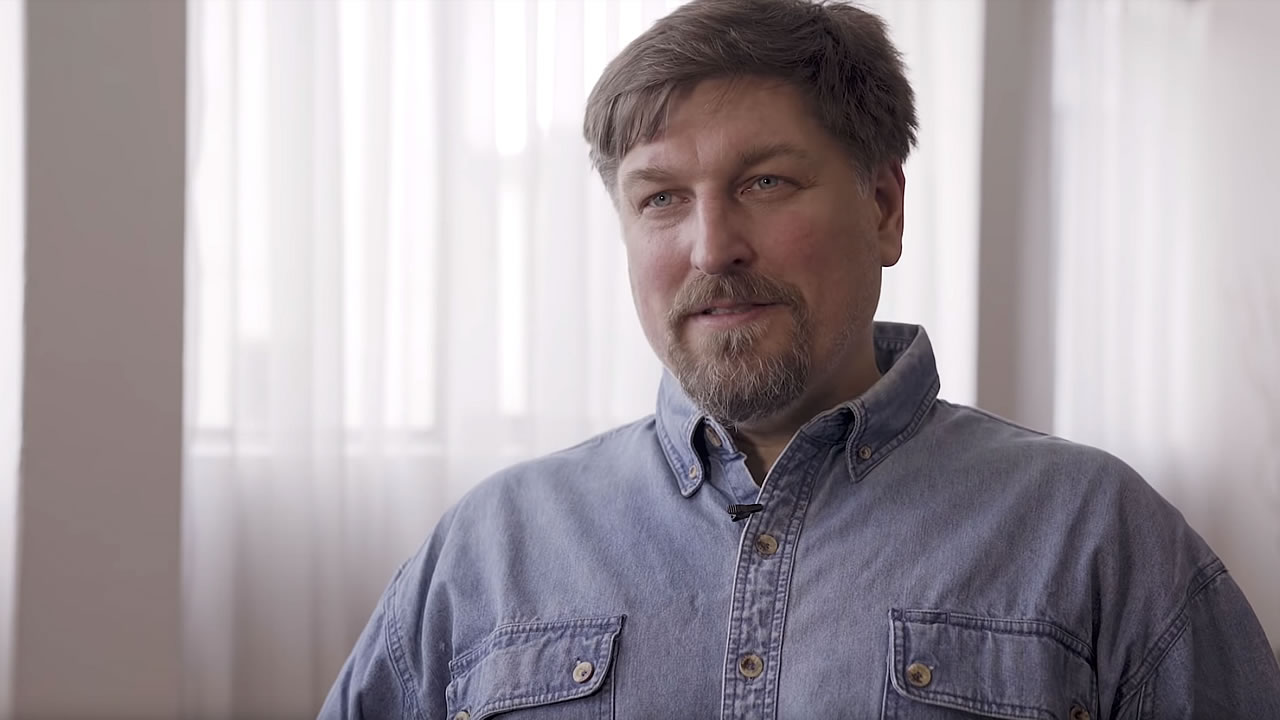 How does Holochain work?

What’s the difference between Holochain and Holo?

Holochain is a data integrity engine in which transactions are immutable and users control their own identity and data 'chain.'

Holo is a marketplace and distributed hosting platform that allows Holochain app developers to have their applications hosted by HoloHosts, thus making them available to everyday users of the Internet.

Why is there no supply limit for HoloFuel?

Having a dynamic supply allows HoloFuel to adapt to the needs of the hosting economy, protecting it against extreme price volatility.

Dynamic supply is inherent in the design of a mutual credit currency, where every credit (positive) has an equally matching debit (negative). The constant interplay between positive and negative accounts determines the circulating supply at any given moment.

This dynamism is critical for HoloFuel to be useful as a medium of exchange. It allows the supply to organically respond to demand in the hosting economy, expanding or contracting as demand increases or falls (see “How does HoloFuel’s dynamic supply work?” for more details).

A currency with wild price movements is good for speculative swing trading, but not for a day-to-day, productive use. HoloFuel is made to be stable enough for normal people to trust with doing business.

Resource Mutual Credit: A Cryptocurrency As Old As Civilization

How does HoloFuel’s dynamic supply work?

As a mutual credit currency, HoloFuel’s supply is determined by the interactions between agents with positive and negative balances. The key factors influencing the supply are:

HoloFuel is a mutual credit currency:

Transactions between two accounts with positive balances (or two with negative balances) have no impact on circulating supply. To see why, consider this example:

Fatima and Ellie both have a balance of 100 HoloFuel, representing a supply of 200 HoloFuel total. Fatima agrees to pay Ellie 50, so that Fatima ends up with 50 and Ellie ends up with 150, resulting in the same 200 HoloFuel in circulation—exactly what existed before they transacted.

In contrast, consider this variation:

Therefore, it is only accounts with credit limits, host and reserve accounts, that determine the supply of HoloFuel. When their balances go negative, circulating supply goes up. When their negative balances move toward positive again, in other words, as their debts are paid off, supply goes down - as long as the negative account is transacting with a positive one.

Here are the specific factors that determine how HoloFuel’s supply changes over time (key points are in bold):

To summarize: The supply of HoloFuel can expand and contract in response to demand, adjusting to the actual market behavior of its users.

Resource Mutual Credit: A Cryptocurrency As Old As Civilization

Why does Holo need its own currency?

We needed to design a new kind of currency for Holo because no existing payment network met these needs:

Distributed hosting requires microtransactions, which is the main reason we need a currency that can process payments worth fractions of a penny while still costing less (in fees and computing cycles) than the original computing and funds being counted. We designed HoloFuel to have low computational overhead; its efficiency allows us to charge 1% or less in transaction fees.

For Holo to serve the trillions of small computational interactions required for a distributed hosting ecosystem, we’ve designed its currency to support millions of transactions per second (TPS) and account for service provision in batches. HoloFuel’s TPS technically has no limit, increasing as the network scales up - thanks to Holochain’s highly efficient, agent-centric approach to data integrity.

A useful currency can’t just be a “digital gold” store of value. It has to function well as a medium of exchange, which means it needs to be stable enough for people to trust doing business with it.

HoloFuel optimizes the market value of its units in relation to the cost of hosting by 1) allowing for the currency supply to be dynamic in response to actual market behavior of its users (see Why is there no supply limit for HoloFuel? and How does HoloFuel’s dynamic supply work?), and 2) being asset-backed by the hosting resources of the network. These design features give the currency a steady and stable trajectory without being value-static or requiring a peg.

How does Holochain manage consensus and data integrity?

Holochain maintains data integrity without the need for global consensus. It uses an agent-centric approach, combining ideas from BitTorrent and Git, along with cryptographic signatures, peer validation, and gossip.

When people ask about consensus, what they really want to know is how users can agree on the “facts” of their interactions, technically known as data integrity. Holochain applications (hApps) maintain data integrity without the need for blockchain-style global consensus.

Things in the real world—atoms, cells, bodies—maintain the integrity of their individual and collective state just fine without consensus on a global ledger. In the same way, Holochain’us approach to data-integrity is agent-centric, rather than data-centric, with each node being like a cell that maintains its own state while remaining bound to the physical and biological constraints of the ecosystem in which it lives.

2. Agents have their own local, tamper-resistant hash-chains recording their actions, built upon hApp rules.

The “biological constraints” of a hApp are encoded in its validation rules—the DNA of the application. These rules are the only things nodes in a hApp need to maintain global consensus. With these rules as the foundation, each user keeps an immutable record of their own actions on a local hash-chain, DNA being the first entry on the chain. Each tweet, vote on a poll, or currency transaction (depending on the hApp) would be an additional entry on the agent’s chain for that application.

Keep in mind that Holochain is not a platform like Ethereum, where every dApp runs on the same network. Each hApp has its own validation rules and its own separate network. If an agent tries to cheat by tampering with their copy of the validation rules, they fork themselves off into a separate, lonely hApp just for them.

3. Each hash-chain entry is cryptographically signed (multi-party actions, like transactions, are mutually countersigned).

Each hash-chain entry is cryptographically signed to prove authorship and ensure accountability. Multi-party interactions (e.g., transactions) are mutually countersigned to each party’s chain, and peers are able to audit each other’s chains before agreeing to an interaction or transaction.

Nodes can then share data with each other via a distributed hash-table (DHT), the same technology underlying BitTorrent’s peer-to-peer file sharing protocol. What’s different about Holochain’s DHT is that it also ensures that the shared data follows validation rules.

4. Data is shared to random peers who validate it.

To share data, an agent’s device sends it to a subset of random peers (randomness defends against collusion) based on the similarity of their public key hashes to the hash of the data being shared. These random devices check that the shared data follows the rules of the application. The data is rejected if it breaks the rules. If it follows the rules, the validator marks it valid, signs that statement, and propagates the data by gossiping to the network.

If a node is found to be propagating or validating bad data, that node is blocked and a warning is sent to others via gossip. This effectively deny bad actors from participating in the app.

Additional measures to defend against flooding the network with fake validators are customizable for each application. A messaging app may only need basic protections, such as using email verification, whereas a supply chain handling million-dollar transactions may require vouching from industry peers, an invitation code, and government ID verification to join the network.

It’s worth noting that consensus algorithms can be built on Holochain if desired, though they would have the same unnecessary wastefulness and inflexibility of blockchains. We have been able to map an alternate approach for every situation that seemed to need an absolute sequence of events or global consensus. We found solutions that do not have those requirements.

Delve deeper with some common questions from our like-minded community members.

Join our community
to learn more

General discussion
in a fun environment

You can find out more about which cookies we are using or switch them off in settings.

Strictly Necessary Cookie should be enabled at all times so that we can save your preferences for cookie settings.

If you disable this cookie, we will not be able to save your preferences. This means that every time you visit this website you will need to enable or disable cookies again.